(Now that we’re home from our journey – we still have many thoughts, insights and observations to share post-exchange…hence, in retrospect)

While every day of our exchange provided eye-opening moments, the tours of the various manufacturing facilites we were given access to were the most fascinating for me. Never would I have thought that walking a production line would have been as inspiring as it turned out to be.

From cheese to sneakers, rope to sheetrock, Argentinians proudly showed us enterprises in their communities that are key to their economy. These tours came at a time when Latin America’s 3rd largest economy is in the global spotlight as President Cristina Fernandez makes several moves in an effort to strengthen Argentina’s economy – with mixed results and support. Among the headlines occuring around our trip.

Argentina is a case study in how much is at stake. After introducing in February a new system for pre-approving imports, purchases from abroad fell 8 percent in March from a year ago.

While intermediate goods and parts make up half the country’s imports, two-thirds of export income comes from manufactured goods. This means that limiting imports can cut domestic manufacturers off from access to potentially cheaper, higher-quality components than local producers can supply…

It was in this environment that we landed – and were welcomed inside multiple manufacturing facilites for an up close and personal look. Much like in the US, despite political and economic uncertainty and turmoil – life must go on and work moves forward.

First – a presentation inside the Durlock sheetrock manufacturing plant in General Acha, La Pampa province. While safety and security concerns kept us in a conference room, we spent an hour with two members of the operations team getting a high-tech presentation on the entire process.

Like in Idaho, agriculture, particularly agricultural production, is a huge component of the local economy here. Carne is king – as is dairy. In Trenque Lauquen, we received a factory tour of La Serenisima – Argentina’s leading milk products manufacturer. While we could not take pictures inside due to security, privacy and competitive reasons, I can say that the level of technology and automation was impressive. As was the insights into the truly global operation that the factory represented – with leading edge technology and software components from across the world. It makes me wonder how the factory will be able to expand and upgrade when needed if their ability to import certain components is hindered by trade restrictions.

One of the most amazing tours had to be the Reebok factory in Coronel Suarez, Buenos Aires province. It is the largest Reebok factory in the world. While we got an up close and personal tour of the massive complex, we were not able to shoot photos inside for privacy reasons. Inside these buildings 3,500 Argentinians work to produce 13,000 pairs of shoes a day. Originally, the factory was built here to be close to the German manual labor from the nearby German settlements in the towns around Coronel Suarez called ‘The Colonies’. It is hard to describe the feeling of seeing hundreds of people on an assembly line focused on producing the smallest elements of a material possession most of us don’t think about for more than 10 minutes at the cash register. The Reebok campus didn’t have any large branded signs – but instead had ’cause marketing’ type messages encouraging employee recycling, wellness and safety efforts. I also loved seeing how scraps from shoe materials were provided to local artists to create recycled art pieces.

At the last town we visited, our wonderful Rotarian host brought us inside his company – Moscuzza: Artes de Pesca – which manufactures multiple components for the vibrant and important fishing industry out of Mar del Plata. I never thought I’d be as amazed and awed by the technology and process of making ropes and net. But the intricacies, like a ballet, of how a seemingly simple rope is crafted together was impressive. And getting up close and personal with the technology and more importantly – the people who ensure that the technology is operating as it should, when it should is humbling. 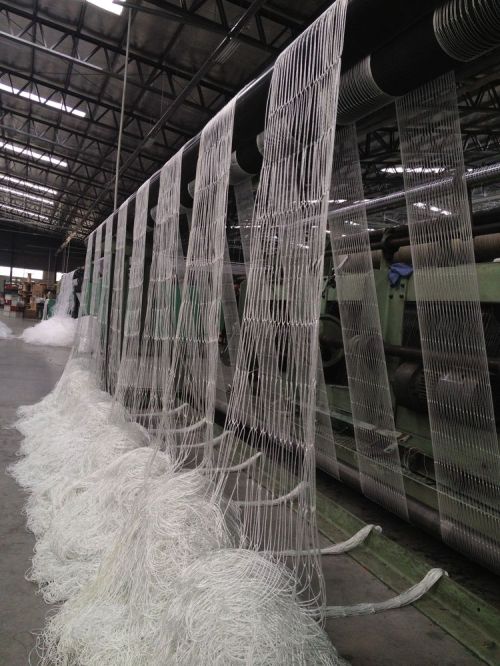 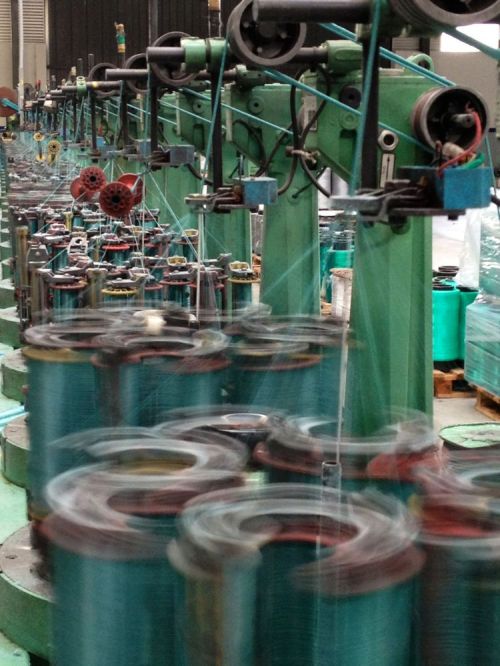 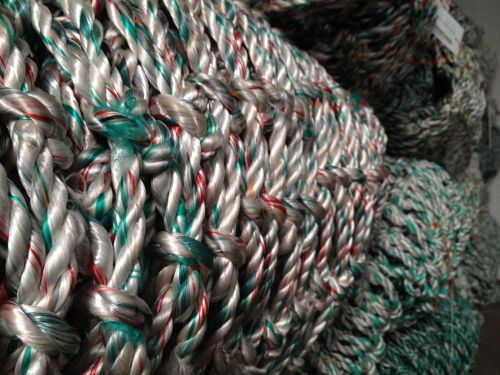 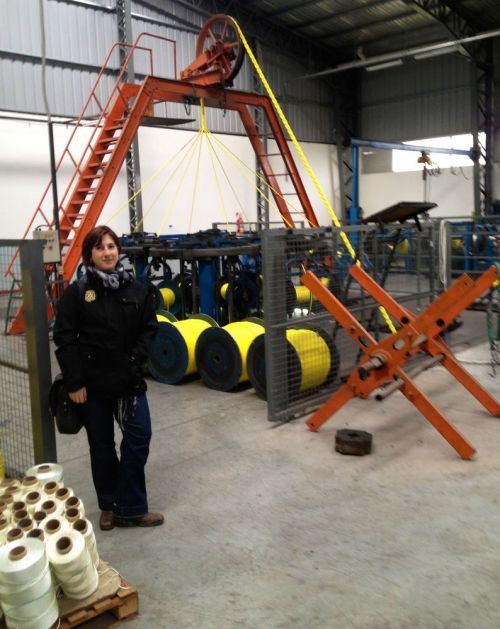 In our fast paced world filled with mass consumerism and an enormous amount of products and goods at our disposal – it is a refereshing reminder that the origins of what you purchase are just as important to remember and honor as the end product.

(I also got to visit a pasta factory – yummmm – here is my foodie post on that!)